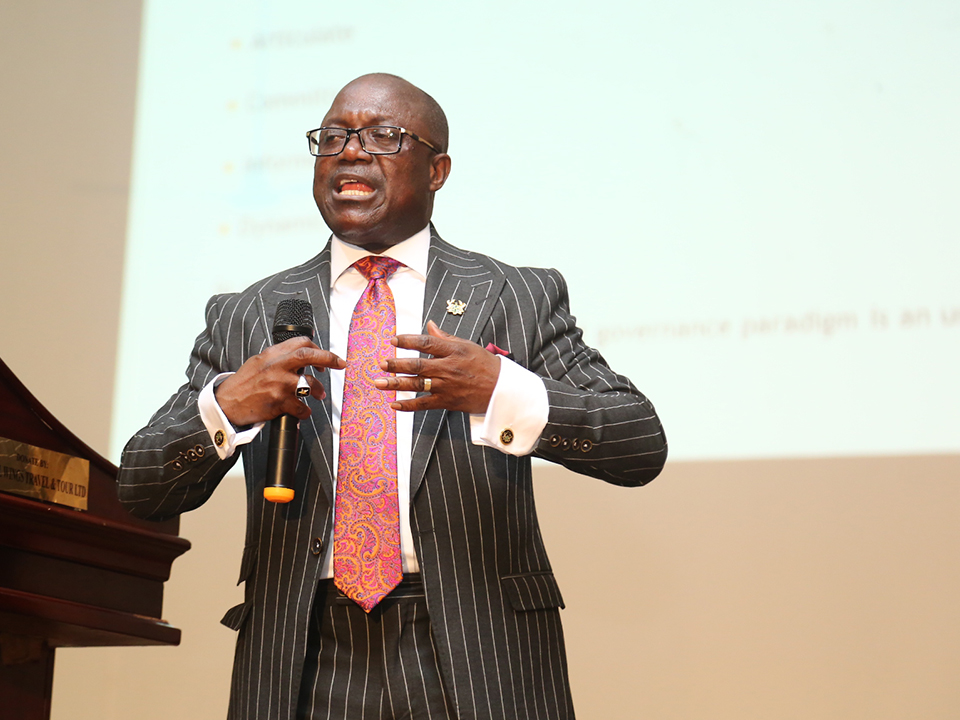 The Faculty of Social Sciences has organised its maiden edition of the Faculty’s Lecture Series on the theme “National Identification System and Ghana’s Development”.

The Ghana Card is a national identity card that is issued by the Ghanaian authorities to Ghanaian citizens – both residents and non-residents, and legally and permanently resident foreign nationals. It is proof of identity, citizenship and residence of the holder and aims at making identification system easier and convenient; it includes cards like the National Health Insurance, Driver’s license and Passport.

Features of the NIA Card

Prof. Attafuah said the features of the card were amazing and could be used for all transactions where identification was required such as pension, National Health Insurance, Social Security, Bank Account, registration of Land, registration of SIM Cards, Insurance Policies. According to the NIA boss, the card also had security features for the visually impaired, a magnetic field to allow for communication and dual interface.

Prof. Attafuah said the exercise was a serious business that cost a lot of money, but it was being issued to Ghanaians for free. He added that the cost of replacement was GH ¢25.00 and each card was valid for a period of 10 years.  He explained that the features of the card were different from any other that was in use elsewhere, indicating “It is only Estonia that has similar features as that of Ghana.”

The NIA boss said data protection was one of their concerns but added that they were training their personnel both home and abroad to address them. He said the entire project would cost GH ¢12 billion and would be funded through a Private-Public Partnership arrangement.

Prof. Attafuah advised students not to pay any fee to NIA personnel when the registration process begins in Cape Coast. He also cautioned them on the issue of double registration.