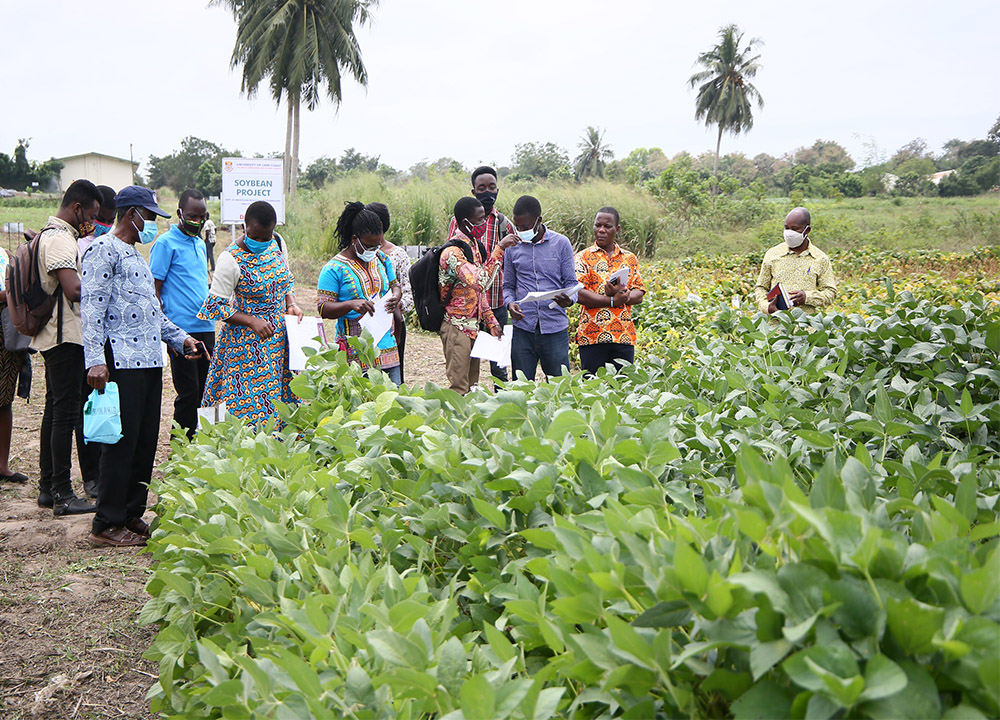 The University of Cape Coast has introduced farmers to new breeding lines of soybean at a farmers’ field day at the Teaching and Research Farm.

The Soybean Project is being spearheaded by scientists in the College of Agriculture and Natural Sciences with Prof. Aaron Tettey Asare as the Lead Researcher. The farmers’ field day forms part of the processes to develop new varieties of soybean after recommendation from the National Varietal Release and Registration Committee and subsequent approval by the Minister for Food and Agriculture for its official release to the Ghanaian market.

The farmers’ field day brought together farmers, scientists, staff of the Ministry of Food and Agriculture and consumers to assess and select the best soybean breeding lines cultivated on the field. The selected lines will be planted and evaluated in other fields by the farmers.

In his remarks at the programme, the Dean of the School of Agriculture, Prof. Elvis Asare Bediako,who is a member of the research team explained the need for farmer's participatory approach in the selection of the soybean. He said, "If you develop this material and farmers do not accept it, then you are going to have a problem with the adoption because they will not plant it". He indicated that since the crop was being developed for the farmers, their acceptability was very important. 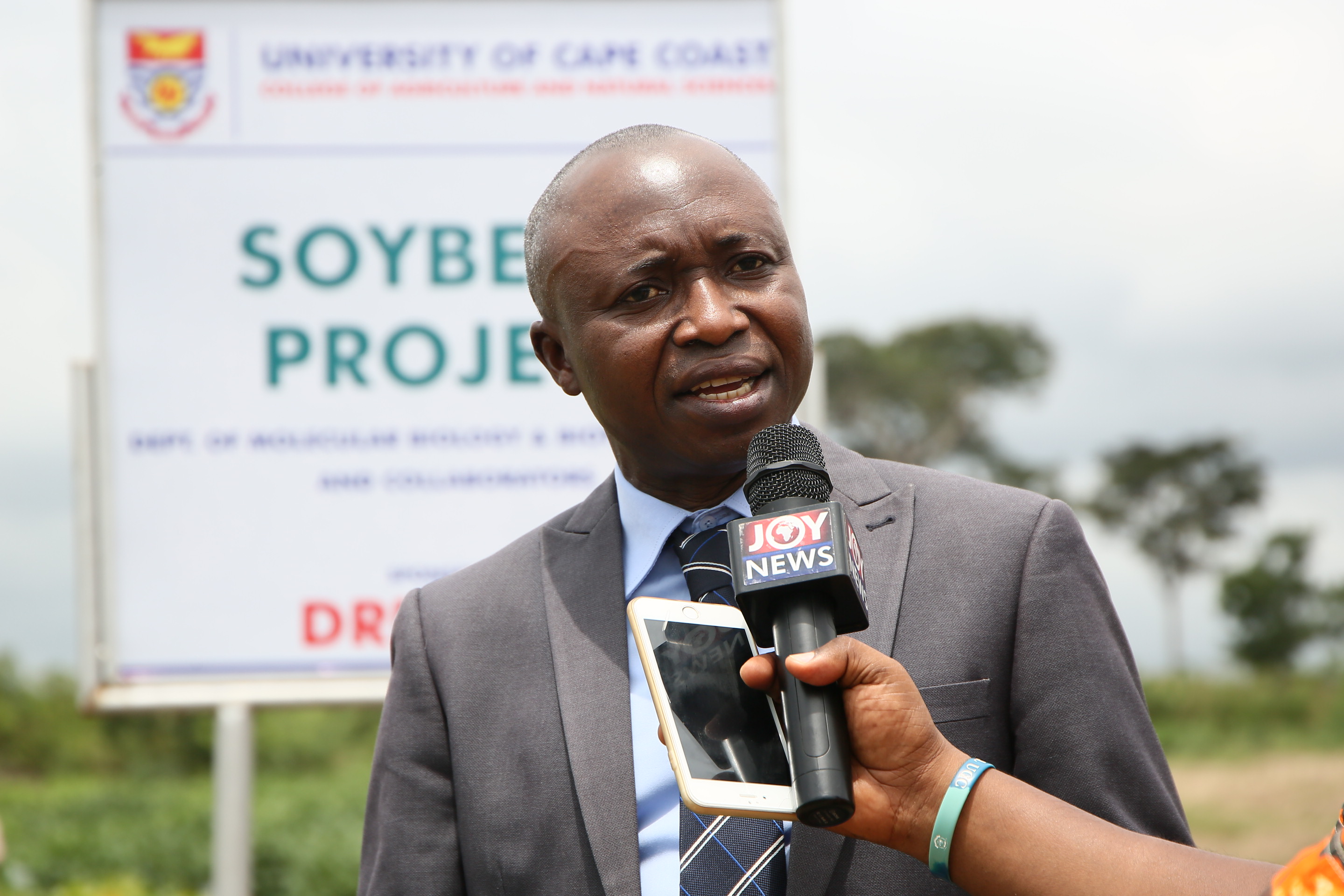 Dean of the School of Agriculture, Prof. Elvis Asare-Bediako, explaining the importance of the Farmers' Field Day

The Head of Department for Molecular Biology and Biotechnology, Prof Aaron Tettey Asare explained that the College of Agriculture and Natural Sciences had identified and investigated specific plants and concluded on soybean as a crop that was nutritionally significant in terms of protein density. He noted that though soybean was mainly produced in the northern part of Ghana, the production level was just about half of what the country consumed. “Soybean is mainly imported from outside the country, meanwhile we have the land and the requisite condition for production “he reported.

Prof. Asare who is the Principal Investigator for the project said the current research was to come out with "high yielding, disease tolerant, drought tolerant soybean that is widely adaptable to climate change”. Principal Investigator of the Soybean Project being interviewed by the media

The Director of Agriculture in the Asikuma Odobeng Brakwah District, Mr. Theophilus.T. Laryea, who was also present during the evaluation said the project would help in the livestock industry where soybean was mostly used as protein source for the preparation of animal feed. He added that producing the crop would help meet the demand for nitrogen-fixing for cereal crops grown in the country. 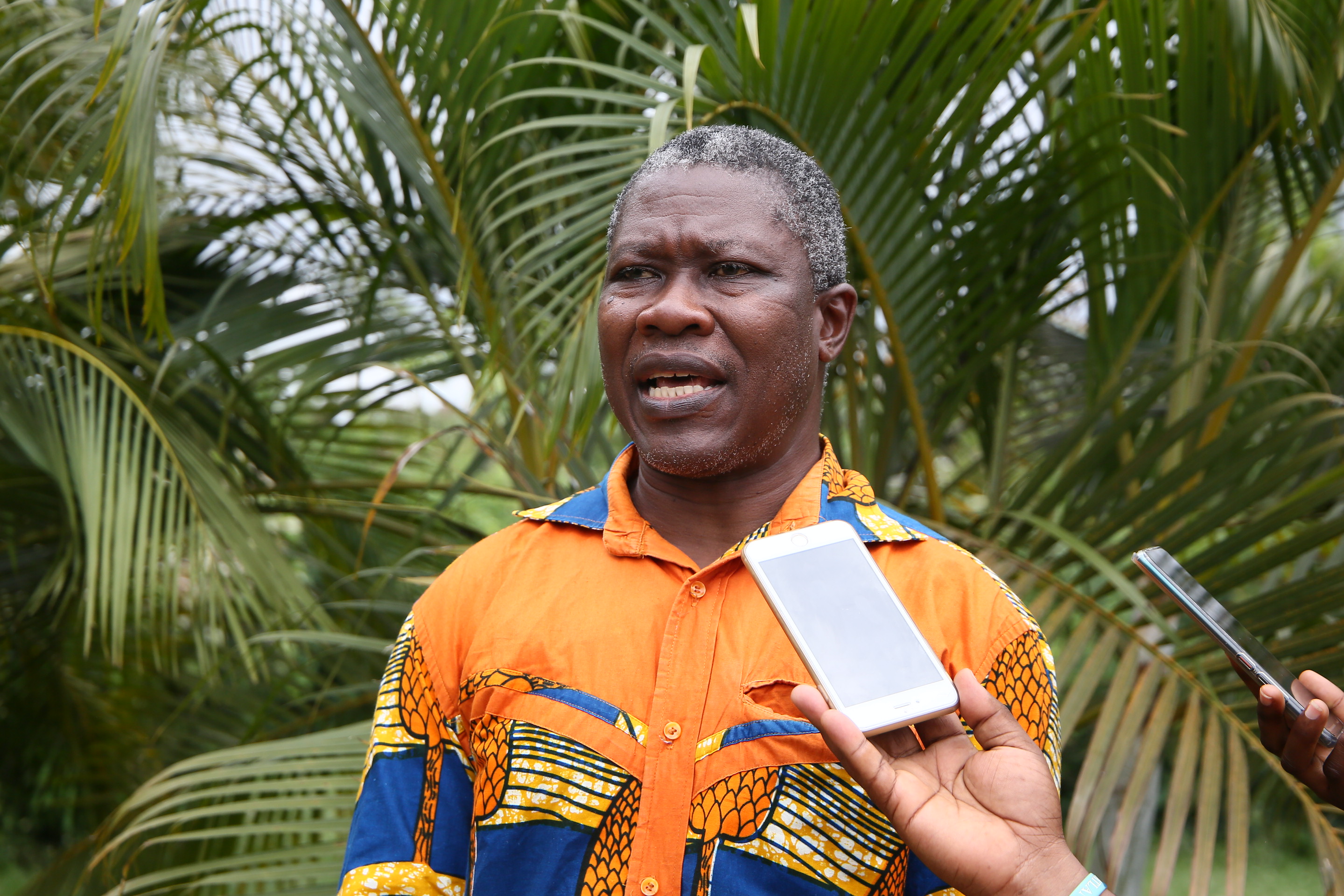 The Monitoring and Evaluation member of the team from Directorate of Research, Innovation and Consultancy (DRIC), Dr Mohammed Augustine Takase, explained that he was pleased with what had been done so far with the grant that was awarded last year for the project. “I must say I am very impressed with what I have seen on the field and I commend the team for doing a marvelous work. From here, I will report the positive outcome of this project to DRIC,” he expressed. 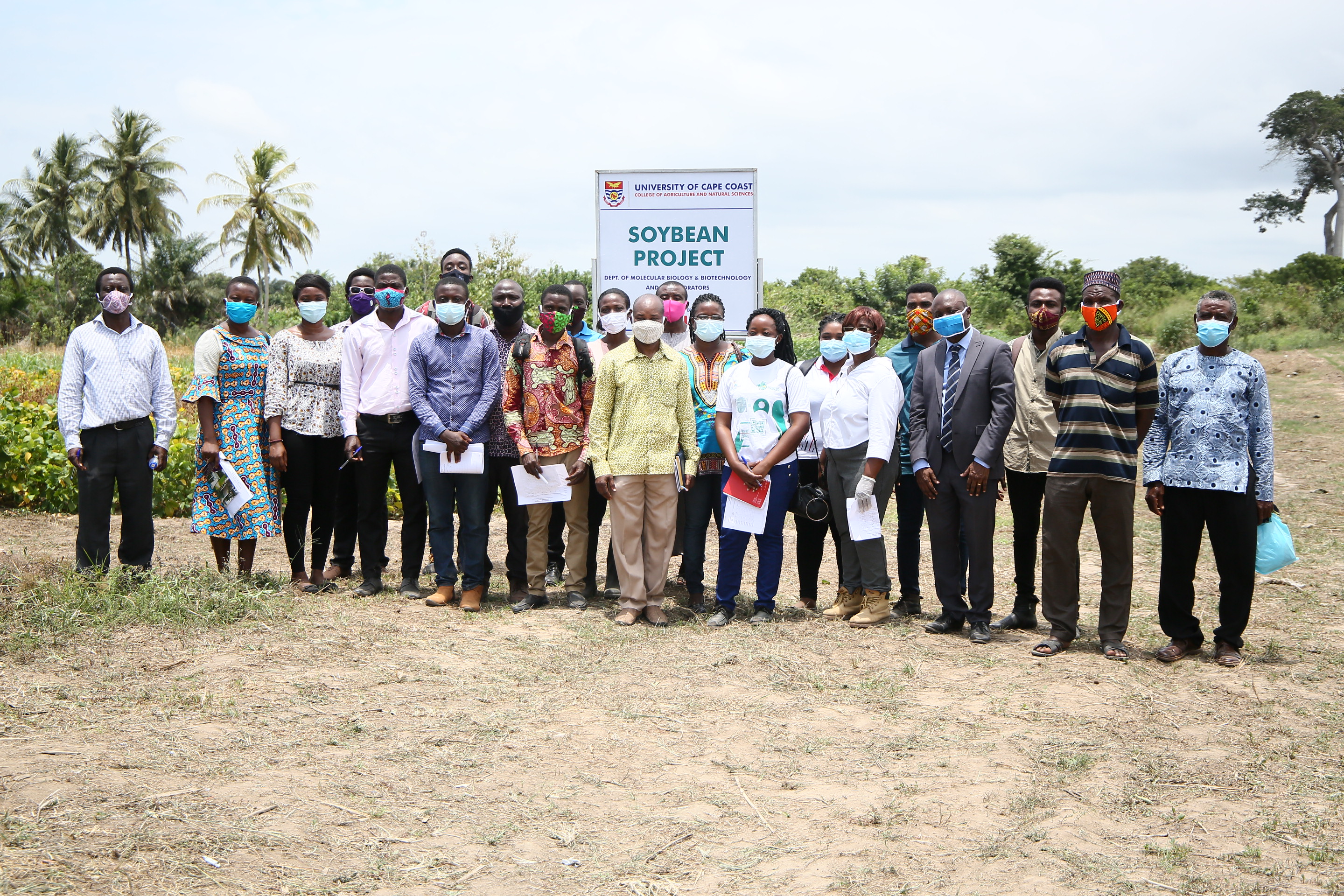 Participants of the Farmers' Field Day

In an interview with an extension officer and a farmer, they expressed their interest and joy towards the soybean project especially its enormous benefit to the country's agriculture sector.

The soybean project is funded by DRIC. The project is also geared towards the government's policy of Planting for Food and Jobs to encourage Ghanaians to venture into soybean production as a profitable business venture.