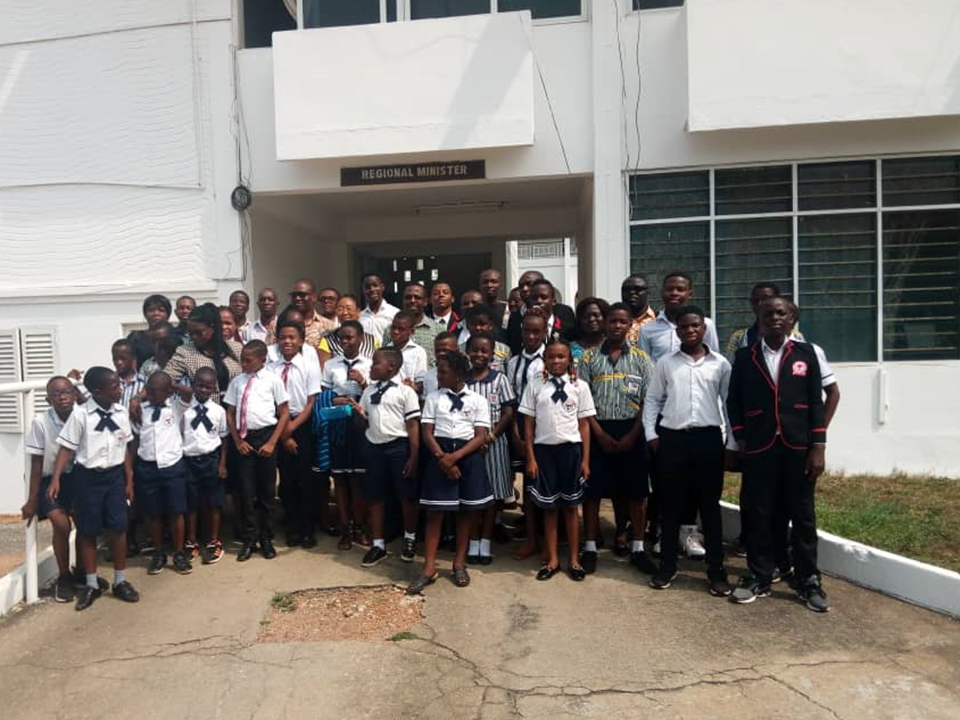 Valco Hall has launched its Silver Jubilee Celebrations with a call on students and alumni to project the ideals of the hall.

The anniversary celebration is on the theme “First Among Equals, 25 Years of ‘Industrialist’ Prominence.”

Launching the 25th anniversary celebration, the pioneer Hall Master, Prof. Kobina Yankson urged students of the hall to continue to maintain the positive attributes of the hall which include sacrifice, law abiding and hardworking. He entreated them to bring these attributes to bear especially during the preparations towards the Silver Jubilee Celebrations to make it successful and memorable.

Tracing the history of the hall, Prof. Yankson said the first hall master was appointed during the developmental stages of the hall from 1990-93 whilst the first batch of 140 students occupied the hall in November, 1990.  He explained that within that period, the various blocks thus A, B, C, D, E, F, G and H of the hall were constructed and furnished with the hall’s internally generated fund.

Explaining the rationale behind the name of the Hall, Prof. Yankson noted that earlier, the halls had names such as New Hall, ECOMOG among others, however,  after much deliberation, the Hall Council proposed Valco as the new name which was approved by the Academic Board. He further explained that the name ‘Valco’ was adopted to recognise the remarkable contributions of Volta Aluminum Company limited (VALCO) towards promoting education in the various second cycle institutions in Ghana. He indicated that VALCO in the late 1980’s and 1990’s donated buses and also constructed science laboratories for most of the secondary schools in Ghana, hence, the naming of the hall after the company.

Speaking at the launch, the Hall Master of Valco Hall, Dr. Kwasi Opoku Boadu said a number of activities have been lined-up for the celebrations and some of them include Fun games between staff and students, women empowerment, aerobics, fashion show, seminars and donation to orphanage.

Later, Prof. Yankson inaugurated some projects in the hall such as 440 KVA generator, washing bay, refurbished washrooms and an infirmary. Present at the lauch were the Vice-Dean of Students, Prof. Okae-Nti who represented the Vice-Chancellor, former hall master, Dr. Joseph Aggrey-Fynn, hall tutors of Valco Hall, Presidents of other Halls, Members of the Junior Common Room Council (JCRC) of Valco and other halls.