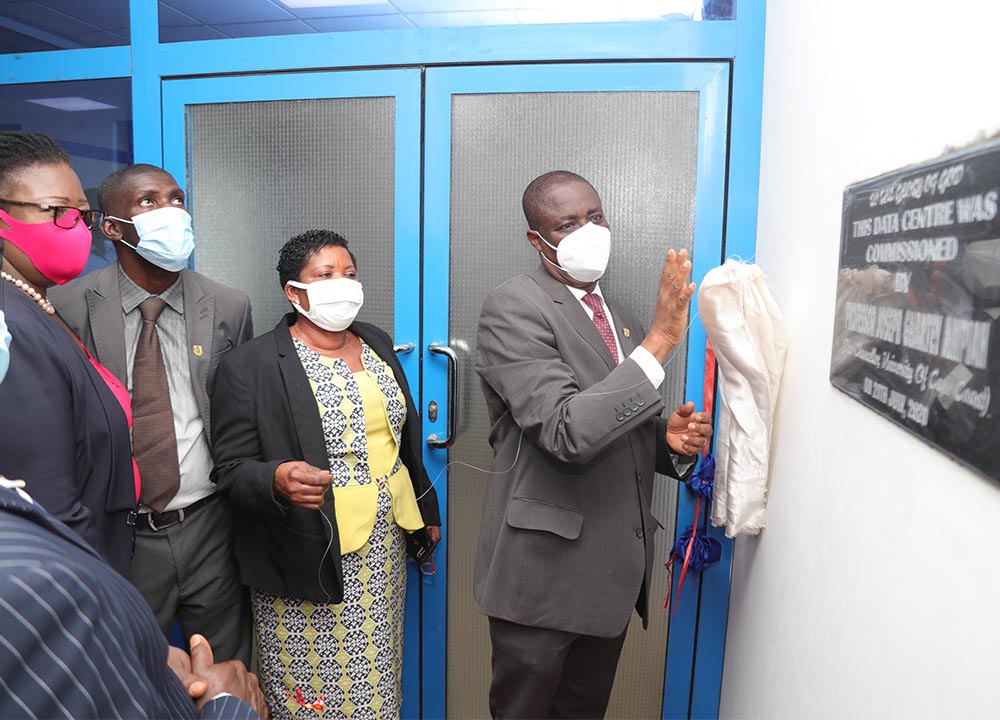 The Vice-Chancellor, Prof. Joseph Ghartey Ampiah has commissioned the School of Business Building and a state-of-the-art Data Centre at the North campus.

Speaking at the commissioning of the School of Business Building, the Vice-Chancellor commended the School for making judicious use of its Internally Generated Fund (IGF) to put up their own office complex. He encouraged other departments in the University to emulate the example of the School.

In his comments at the opening of the Data Centre, the Vice-Chancellor noted that the new Network Operating Centre (NOC) had been furnished to deliver quality internet services to the University Community. “The old NOC was in bad shape and could not meet the expectations of the University so we relocated it to this place and augmented the equipment, especially the servers to meet the needs of the University,” he explained.

Prof. Ampiah noted that the Closed Circuit Television (CCTV)  control room was also established to enhance security and track the activities of criminals on campus. He disclosed that the University had purchased 300 pieces of high-resolution CCTV cameras and installed at vantage places on the entire campus. Prof. Ampiah indicated that the Centre served as the hub for monitoring of every nook and cranny of the University. “From here, the security officers will monitor every activity going on at all times,” he noted.

The Consultant of the Data Centre Project, Mr. Abraham Brew Sam, explained that new servers and network equipment so that had been installed at the Centre to provide better internet services to the University Community. He indicated that with the new system the staff at the Centre could monitor the flow of traffic on the University’s network and activities of intruders. “In this sense, we are protecting data and people who can attack the University’s system,” he stated.

Mr. Sam noted that through the new system, an IP based CCTV System had been developed to monitor every part of campus. He said they were working hand-in-hand with the Security Section to train their officers to manage the CCTV monitoring room.

Mr. Sam indicated that a fire suppression system had been fixed at the centre to automatically prevent fire from destroying the equipment. He said the next phase of the project was to improve the faculty networks and to make sure that they were in good shape so that they can easily integrate it into the system.