The three officials were Prof. Mamadou Diallo and Prof. Madiodio Niasse, from the World Bank and Mr. Edmund Aalangdong, a National Focal Point of ACE at the National Council for Tertiary Education, Accra.

The University of Cape Coast will receive a counterpart funding to the tune of US$ 6.5 million from the World Bank and Government of Ghana to undertake the project which is supposed to be implemented within a five-year period from 2019-2023. It was against this background that the Project Supervision Mission visited UCC to learn at firsthand the progress made by the team so far.

Providing detailed explanation Prof. Diallo noted that the visit was to assess the implementation plan, inspect available facilities and equipment to boost UCCs chances of securing regular funding from the World Bank which is the major funding agency for the ACE Project. Prof. Diallo indicated that being selected host the Africa Centre of Excellence was just a step and therefore, UCC’s ACECoR team would have to prove that the University was adequately prepared to meet the framework prescribed by the World Bank in order to access funds periodically.

Prof. Diallo said he was confident that the UCC team would succeed in its quest to realise ACECoR’s mission as a vibrant Centre of Excellence in Africa and beyond. He urged the UCC team to show high level of commitment to make ACECoR an enviable centre where others may learn best practices from. 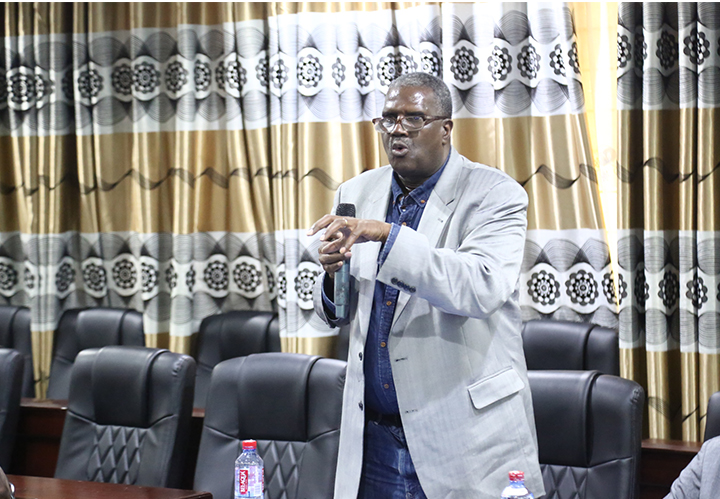 Prof. Mamadou Diallo explaining the purpose of the visit

Presentation by Director and other Officials of ACECoR

Briefing the Supervision Team, the Director of ACECoR, Prof. Denis W. Aheto, gave a general overview of the University of Cape Coast and indicated that UCC was well positioned to host the Centre to help address regional development challenges in coastal degradation. He said a number of structures had been put in place to ensure the smooth start of the Centre. “The University has given us seed funding to support with the preparatory activities and also provided land for the construction of the four-storey multipurpose building complex for the ACECoR,” he explained. 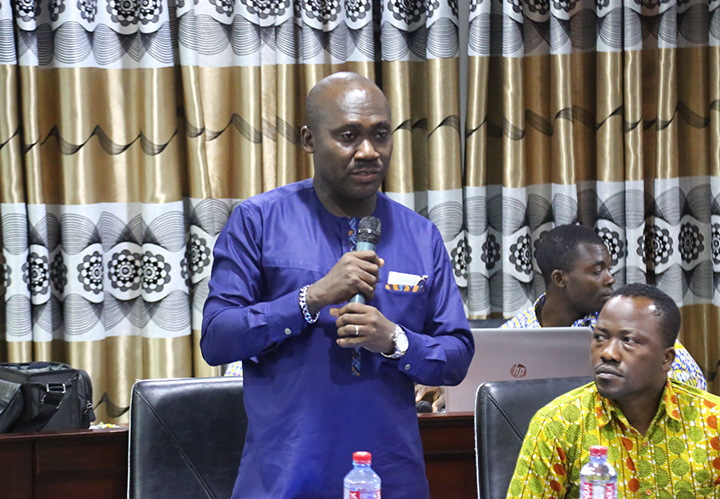 Prof. Denis W. Aheto briefing the Supervision team on the progress of work

In terms of sustainability, Prof. Aheto said there would be an institutionalisation of academic programmes by UCC after the lifespan of the ACE Impact project.  He mentioned the diversification of funding sources of the Centre so as to continue receiving support from other organisations adding that “Internally generated incomes would be earned through fee-paying students at the postgraduate and short courses.” Prof. Aheto further indicated that   ACECoR would leverage on some of the existing projects of the Centre for Coastal Management to make the Centre functional even after the project period.

Mr. Joshua Adotey presented on the Monitoring and Evaluation plan whiles Mr. Eric Agyenim Boateng gave a report on the Financial Plan and Mr. Nicholas Ampofo presented on the Procurement Plan for ACECoR.

At the end of the deliberations, the Project Supervision Mission made some recommendations to the ACECoR team to effectively execute the project and achieve its objectives within the five-year period. The team inspected facilities of the Centre for Coastal Management including offices, laboratories and other equipment for teaching and research.

Present at the meeting were the Provost, College of Agriculture and Natural Sciences,Prof. L. K. Sam-Amoah and some newly-appointed officers of ACECoR.

Welcoming the team, Prof. Ampiah said he was excited that UCC has won the project to host a Centre of Excellence. He was hopeful that the Project Supervision Mission would assist UCC to come out with an acceptable report adding that “We count on your support to go through the process so that UCC will meet the expectation of the World Bank”. He assured them of the commitment of Management of the University’s to the project and noted that “ We will do whatever it takes to complete the building for the Centre adding  this building will give the University another facelift”.

On behalf of the Project Support Mission, Prof. Diallo said UCC had a great team and boasts of basic structures that should propel ACECoR to succeed. He commended the Vice-Chancellor for showing commitment to the project. “Centres of Excellence that have thrived are those whose universities have provided the needed support” he stressed.

Prof. Diallo noted that investment in the project would yield multiple effects for the University. He reiterated his call to adopt strategies to admit students across the West Africa to meet the philosophy behind the establishment of the ACEs.