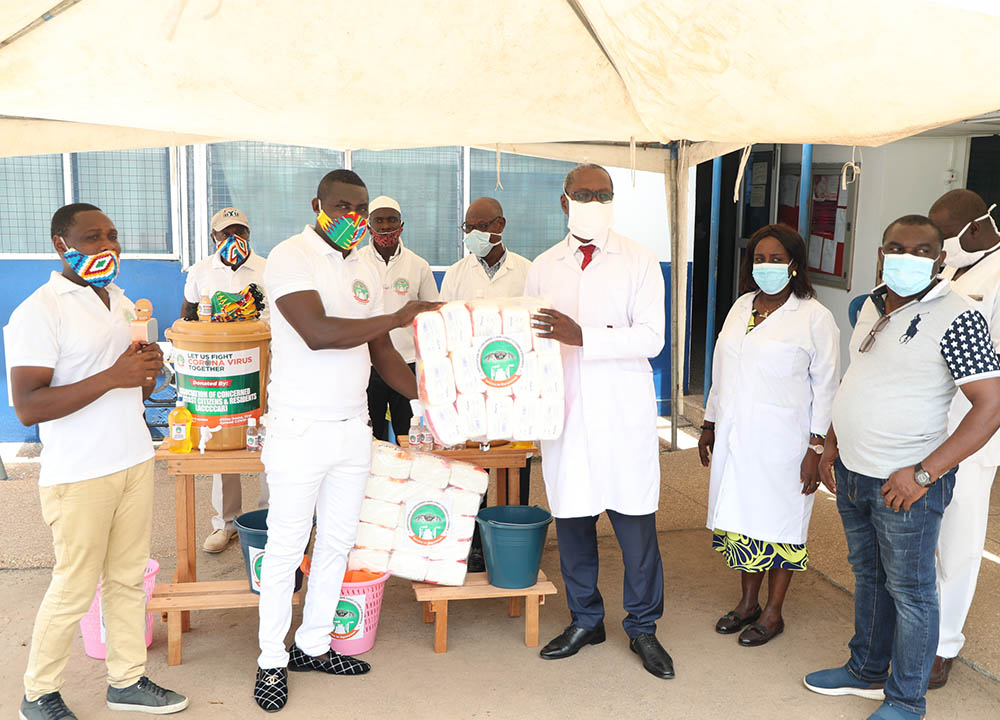 The Association of Concerned Cape Coast Citizens and Residents (ACCCCAR) has presented sanitary items to the University Hospital to protect staff and clients from contracting COVID-19.

The items included two veronica buckets with stands, bottles of hand sanitizers, and some packets of tissue papers.

Speaking at the presentation, the Secretary of the Association, Mr. George Justice Arthur noted that they were concerned about the health of residents of Cape Coast, hence, their decision to support the UCC Hospital. He indicated that the UCC Hospital was one of the well-patronised health facilities in Cape Coast and therefore, it was important to provide them with the items to halt the spread of the virus.

Mr. Arthur noted that the Association has launched a campaign known as “the COVID-19 Combat Project” to support hospitals, radio stations, markets, police stations, and lorry stations in the metropolis. “This campaign is to wage war against this virus which has engulfed the world,” he said.

Mr. Arthur added that the focus of ACCCCAR was to champion and initiate projects aimed at developing Cape Coast.


In his response, the Director of University Health Services, Dr. Evans Ekanem, thanked the Association for the gesture. He commended them for showing interest in the health and safety of Cape Coast residents. “We are grateful that you have shown concern not only to the development of Cape Coast but in the health and wellbeing of the people,” he added.

Dr. Ekanem called on individuals and organisations to support the hospital to fight the pandemic.