Africa Must Wake Up from Her Dream 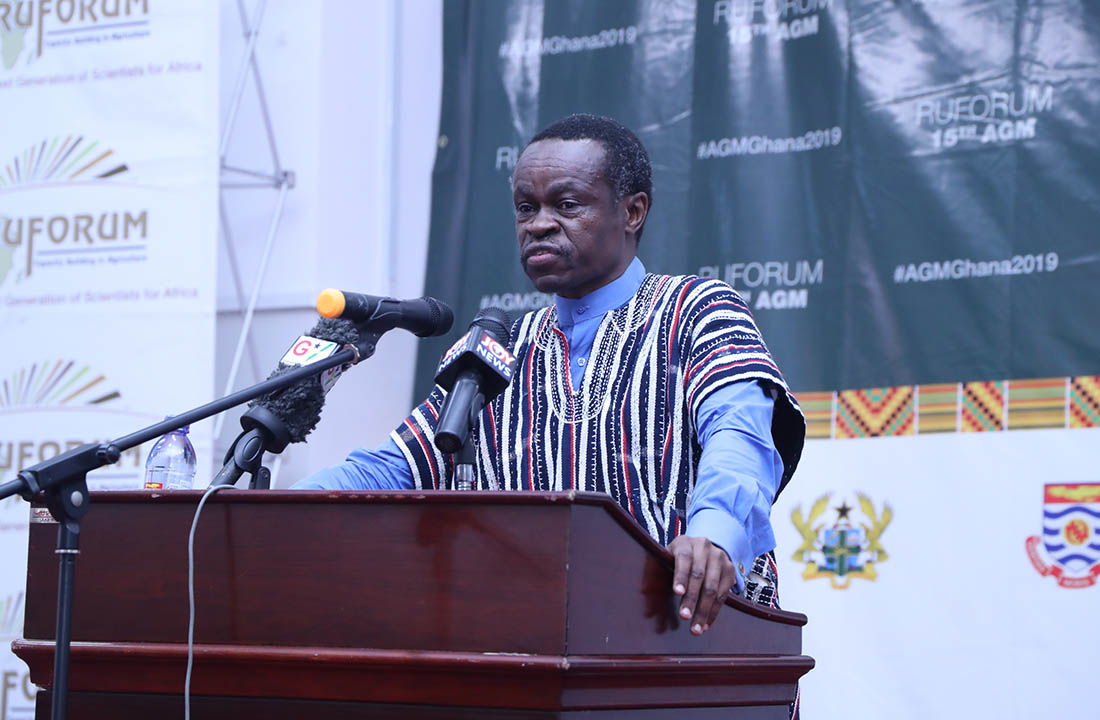 Africa Must Wake Up from Her Dream

A renowned Pan-Africanist, Professor Patrick Loch Otieno Lumumba, has called on Africans to wake up from their dream and take bold actions to develop the continent.

Prof. Lumumba made the call when he delivered a lecture at a Public Dialogue as part of the Regional Universities Forum for Capacity Building in Agriculture (RUFORU) 15th Annual General Meeting (AGM) which is currently ongoing at the University of Cape Coast.  He spoke on the topic “Reawakening the African Dream”

According to Prof. Lumumba, there was an ongoing discourse among Africans on what should be done to make the continent realise her potentials. “In East, Central, Southern, Western and Northern of Africa, the single question that is posing for an answer is what will we do to make Africa a great continent again,” he queried. He noted that the question was being asked now because there was a period in history where Africa was a great continent. He mentioned the great empires and ethnic groups like the Ghana Empire among others. “They will tell you that it was our ancestors that built the Pyramids in Egypt and they will remind you that there was a time that Africa was victimised through slavery for 400 years,” he narrated.

Prof. Lumumba said Africa’s era of greatness was truncated when Europeans demarcated the continent into regional blocks with the existing nations. “Africa is the only continent we still refer to as Francophone, Lusophone, Anglophone and sometimes Arabophone…..very soon we will call ourselves Chinophone,” he retorted.

To make Africa great again, Prof. Lumumba called for deep introspection of the greatness of the continent in the context of history. “We must ask what has made Africa attractive throughout the ages?” he quizzed.  He noted that the development and transformation of Europe and America was largely the effort of Africans through slavery saying “Africans built the world as beasts of burden, that is Africa we must talk about and we cannot ignore that history though we don’t talk about it as loud as we should” He made reference to the massacre of six million Jews in 1945 which he said the Jewish succeeded in making the world feel guilty about the atrocities meted out to their people.

After independence, Prof. Lumumba said the colonialists still have footprints in Africa and indirectly controlling the continent. He pointed out that the Europeans started the neo-colonial project and assumed some form of sovereignty over African states. He indicated that if African leaders had embraced Kwame Nkrumah’s United Africa Agenda, the continent would not have been struggling to find its feet in the global space. “Kwame Nkrumah had the foresight as a Jewish prophet and as early as 1961 in Casablanca in Morocco he said if Africa was to work, then Africa has to unite,” he stated. As a result of this, he said African leaders who were championing for total liberation from the western world after independence were eliminated one after the other.

Amidst all these difficult parts of Africa’s dark history, Prof. Lumumba recounted that there had been many initiatives designed to make Africa work again adding “some of them are home grown and some of them have been engineered from outside” but were yet to manifest. He wondered why people were prescribing what Africa needed to do to be done to transform the continent. “Is it in the best of Europe that Africa should do well, I doubt,” he conjectured.

For Africa to work again, he noted that it would take the combined effort of the people on the continent. “But there must be the enlightenment of a totally different character,” He said the obstacle was that Africa took the view that she could grow regionally, however, not much had been done with this arrangement.

In spite of these challenges, he remarked that “I believe Africa can be great again, I believe that Africa is capable of growing looking at our agriculture because if a people cannot feed themselves, they cannot be at the dinner table of civilization. He called on African countries to support universities to develop agriculture and other rich resources on spread across the entire continent through innovation to address our needs.