Blackberry-owned company Secusmart has unveiled a new tablet in collaboration with Samsung and IBM. The Secutablet is "based on" the Samsung Galaxy 10.5 and runs on Samsung hardware, the firm said. The additional security it offers is aimed at businesses and governments, but less vigorously protected social media and video platforms can also be used on the device, Secusmart added. The tablet is likely to be priced at $2,380 (£1,609), according to reports. 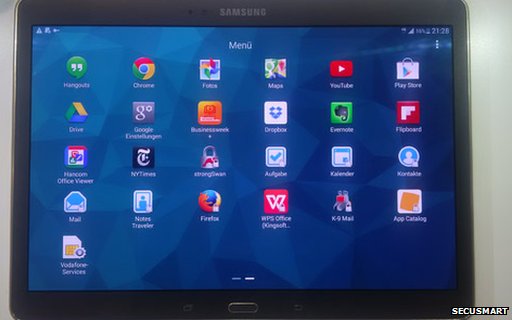 The Secutablet is compatible with Blackberry 10 and is currently undergoing security certification at the German Federal Office for Information Security. 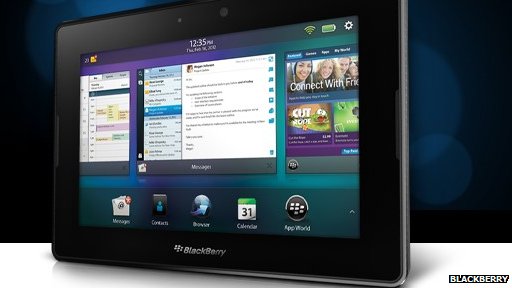 "Subject to certification of the Secutablet, German government agencies will have a new way to access Blackberry's most secure and complete communications network in the world."

Blackberry has struggled in the tablet market, and its PlayBook device did not hit sales targets when it was launched in 2010.

It acquired German voice and data encryption firm Secusmart, in December 2014, and the Secutablet was unveiled at tech fair CeBit in Hanover at the weekend.

"Historically Blackberry has been strong in Germany because of its high-end security offerings," said analyst Nick McQuire, vice-president of enterprise at analyst CCS Insight.

"Clearly the Secutablet is designed to play into Blackberry's core focus of high grade security.

"The price point is quite expensive - part of the target base is going to be people who can afford to deploy a tablet at that price," Mr McQuire added.

"It's aimed at businesses and sectors where security is paramount. Let's not fool ourselves, this is a very limited solution for a very specific area of the marketplace."

There has also been speculation that the device will be Android-powered because of the Samsung hardware.

"It is highly likely - but not confirmed - that it will run on Android given that Samsung is a partner, and given Blackberry's focus on becoming more of a cross-platform security company," Mr McQuire said.

"One of the things they will want to be known for is to be a mobile security company. Even in the Secusmart business, you can't be entirely platform specific.

"You want to be as secure as you possibly can but you also want to be user friendly."

The Secutablet might face competition from the likes of privacy platform Silent Circle, which unveiled the next generation of its security-focused smartphone Blackphone 2 at Mobile World Congress in March, Mr McQuire said.