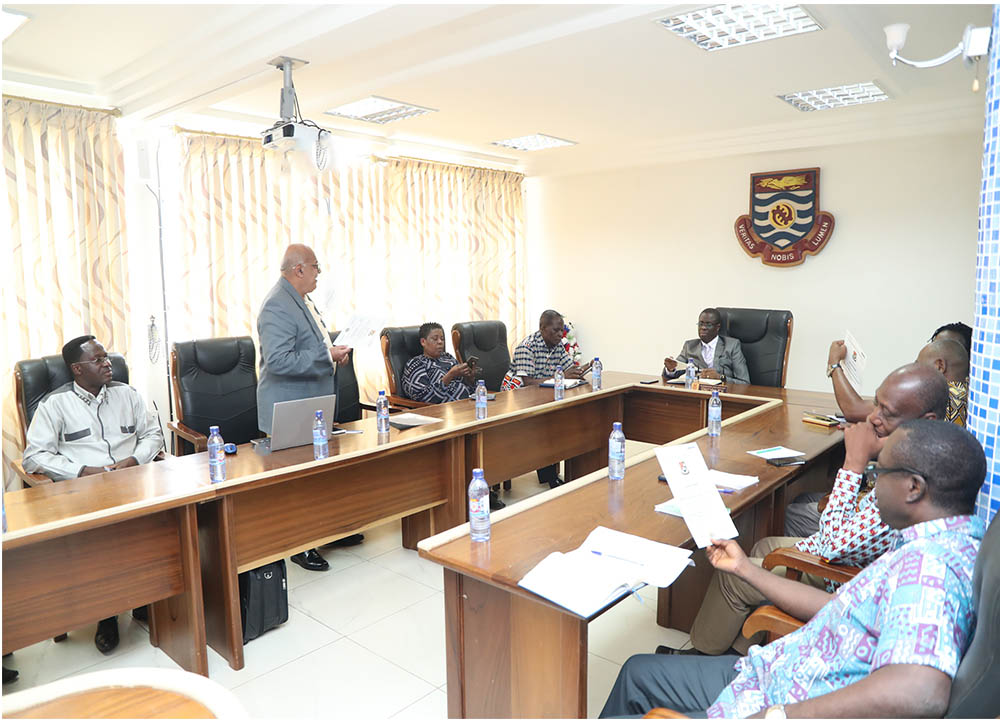 
In his explanation, the team leader, Mr. Dileep Yadav stated that the technology was a data-linked micro-chip embedded in papers used for printing certificates. “It is a new technology to ensure that certificates issued to students remain sacrosanct - that is original and not forged,” he noted.  Indicating some features of the micro-chip, he mentioned that the technology was digitally accessible by a smartphone; has a Global Identification Number (GID No.) and data-linked to cloud storage for availability and accessibility.


Speaking on the credibility and relevance of the technology, the team leader stated that linked-data on the micro-chip could not be hacked, duplicated, edited, changed, or faked, adding “No one can take undue advantage of someone’s certificate because it stores the photograph and other information of the true-bearer on the certificate.” He also recommended software called 'Dashboard' which he described had adaptive features for administrative and managerial purposes and decision making. Mr. Yadav, who is also the founder and Managing Director of FIPL, proposed to the University Management to adopt and use these new technologies to help move forward and update the University all the time.

Welcoming the team, the Vice-Chancellor, Prof. Joseph Ghartey Ampiah, expressed gratitude for the visit. He stated that every institution would want to move forward and upgrade its’ systems to meet the current digital technological trend. “I hope this technology is one of the secured technologies an institution could have to store and retrieve information on students’ certificates for authenticity,” he noted. However, he requested the team to send a proposal for consideration.