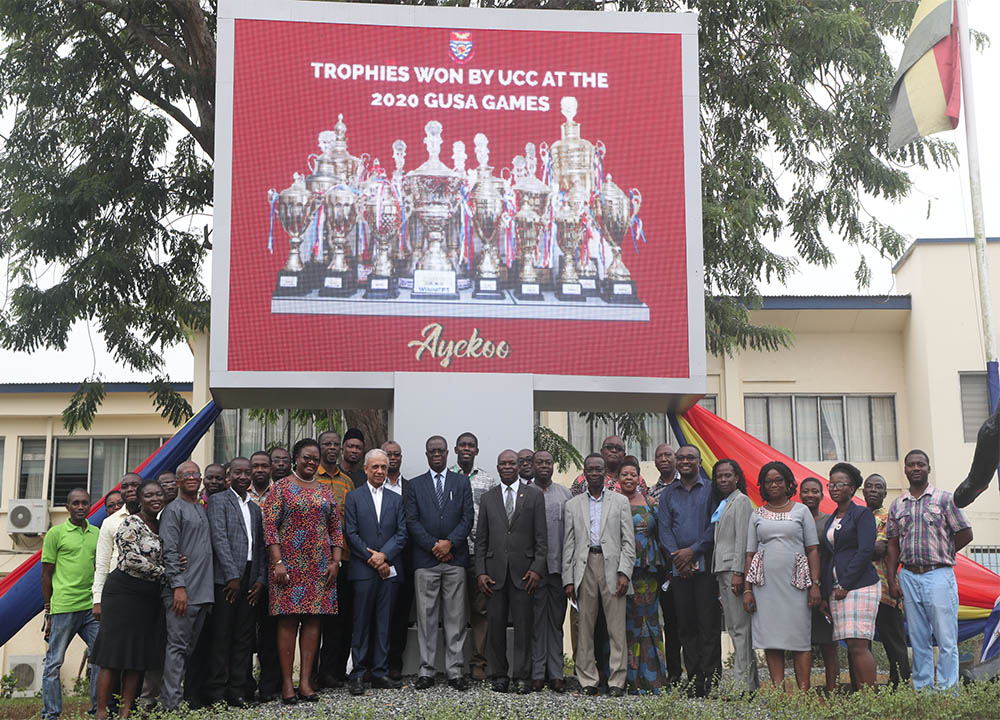 A ceremony has been held to inaugurate two LED Digital Billboards on campus.

One of the billboards is installed in front of the Main Administration Block at the South Campus while the other is close to the Shuttle Terminal at the North Campus.

In his remarks, the Vice-Chancellor, Prof. Joseph Ghartey Ampiah, noted that the installation of digital billboards was in line with his agenda to digitise the University. He noted that the need for the facility to enhance the dissemination of information had been on the drawing board for some time. He explained that the billboards were a current way of advertising programmes and events as well as disseminating information to members of the University Community and the general public. “It is an eyesore, the rate at which people indiscriminately hoist banners and post posters all around campus” he indicated.

Advertise on Programmes and Activities on Digital Board

The Vice-Chancellor noted that henceforth, all Colleges, Directorates, Faculties, Schools, Institutes, Departments and other offices within the University as well as the students’ bodies would have to channel information about their events, programmes and other activities through the Directorate of Public Affairs for advertisement on the digital billboard. However, he indicated that those who advertise on the billboard would be expected to pay a token to defray some of the maintenance costs. “We need to charge something to cover the operational and maintenance cost,” he explained.

The Director of Digital Plex Gh. Ltd, Mr. Bhagwan Asnani, suppliers of the Billboard said the Billboard could be operated from anywhere in the world with the availability of the internet. He noted that his organisation mounted a similar one at the Kwame Nkrumah University of Science and Technology (KNUST) which had lasted for more than 10 years. “You will find this LED Board very useful and it is worth the investment made into it,” he stated.